The Migrant States by Indran Amirthanayagam

The poems in Amirthanayagam’s new poetry collection are, according to Terence Winch, “hellos and goodbyes, obituaries, salutations, and celebrations addressed to his children, his friends and heroes.”

All Heathens by Marianne Chan

In this debut poetry collection, Chan “navigates her Filipino heritage by grappling with notions of diaspora, circumnavigation, and discovery.”

According to Rick Barot, Chang’s poetry collection “marshals all the resources of poetry against the relentless emotional cascade that’s associated with death,” arriving “at a kind of momentary stalemate against that cascade.”

This poetry collection, which incorporates poems, prose, photographs, and drawings, “is a tour de force of personal and political reckoning set over eight acts.”

According to Gabrielle Bates, “By layering and arranging found art, original drawings, washi, photos, paint, and bits of leaf, Naoko Fujimoto has created a stunning contemporary emaki engaged with Japanese heritage, the horrors of war, and daughterhood.”

According to Kimiko Hahn, “The poems in Sarah Gambito’s first book, Matadora, are sheer juxtapositions of anything—star fish, Tagalog, frisson—and the friction very often adds a political dimension to the poetic.”

Winner of the A. Poulin, Jr. Poetry Prize, this poetry collection is “rooted in the experience of living in America as a queer undocumented Filipino.”

A Machine Wrote This Song by Jennifer Hayashida

In Hayashida’s poetry collection, “the speakers are hooked on phenomenology in fitful attempts to understand competing scales of intimacy and violence, continuity and disruption.”

According to Rigoberto González, “Lee’s third book is a beautiful and sustained meditation on the impermanence of humanity’s essential components: memory, spirituality, emotion, thought.”

In her debut poetry collection, Luh “powerfully chronicles one mixed-race, Chinese-American’s emotional response to the trauma experienced in her family.”

According to D. A. Powell, Marchan’s debut poetry collection “helicopters over the breached levee and breakwater, as roofs rip and fly like paper over her home city, in the midst of Hurricane Katrina.”

The Cowherd’s Son by Rajiv Mohabir

In this Kundiman Prize–winning poetry collection, “Mohabir’s inheritance of myths, folk tales, and multilingual translations make a palimpsest of histories that bleed into one another.”

In her debut poetry collection, Nobile “grapples with the history of transnational adoption, both her own from South Korea and the broader, collective experience.”

Perez’s latest poetry collection “explores his ancestry as a native Pacific Islander, the ecological plight of his homeland, and his fears for the future.”

Phan’s debut collection of prose poems is, according to Ruth Awad, “a language experiment in the inner workings of grief—its crystalline truths, its kaleidoscopic perspectives, its stillness, its wry humor.”

Reddy’s latest poetry collection “unsettles our sense of home as it ferries us back and forth across cultures, languages, epochs, and the shifting border between the living and the dead.”

Letters to a Young Brown Girl by Barbara Jane Reyes

According to Harriet Davidson, Shah’s debut poetry collection “explores journeys through space and time in beautifully sensuous lyrics charting the dislocations and locations of immigration, memory, love, and loss.”

“Constructed of a language of witnessing,” Shimoda’s poetry collection “accesses two major sites of trauma: the bombing of Hiroshima, and Japanese-American wartime incarceration.”

Near, At by Jennifer Soong

Soong’s debut poetry collection “follows the inherent strangeness of one’s consciousness as it observes and comes into contact with the physical world” and is “a sustained exploration of language, capitalism, gender, and nature.” 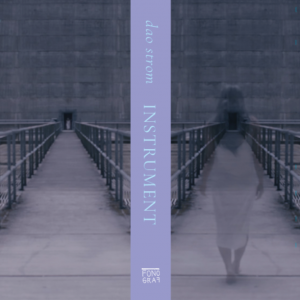 This hybrid poetry collection, which is accompanied by an album “of ambient and folk-tinged songs,” combines “color photography, personal biography, and gripping, restless poetry.”

Winner of the 2019 National Book Award, Sze’s tenth poetry collection “moves through space and time and brings the disparate and divergent into stunning and meaningful focus.”

Victor’s poetry collection “maps our post-9/11 political landscape by locating the wounds of domestic terrorism at unacknowledged sites of racial and religious conflict across cities and suburbs of the United States.”

My Name Is Immigrant by Wang Ping

Wang’s latest poetry collection is a “song for the plight and pride of immigrants around the globe.”

The City of Good Death by Priyanka Champaneri

Winner of the Restless Books Prize for New Immigrant Writing, Champaneri’s debut novel “brings us inside India’s holy city of Banaras, where the manager of a death hostel shepherds the dying who seek the release of a good death.”

So Many Olympic Exertions by Anelise Chen

This experimental debut novel—by a recipient of the National Book Award Foundation’s Best 5 under 35 award—blends “elements of self-help, memoir, and sports writing” into “a personal handbook on ‘how to live.’”

The Parted Earth by Anjali Enjeti

Enjeti’s debut novel “is a heartfelt and human portrait of the long shadow of the Partition of the Indian subcontinent on the lives of three generations.”

A World Between by Emily Hashimoto

In Hashimoto’s debut novel, “a college fling between two women turns into a lifelong connection—and spells out a new kind of love story for a millennial, immigrant America.”

A Student of History by Nina Revoyr

Revoyr’s novel “explores both the beginnings of Los Angeles and the present-day dynamics of race and class. It offers a window into the usually hidden world of high society.”

Sharkey’s debut novel “dispels the myths surrounding transracial adoption, the ties that bind, and what it means to belong.”

Winner of the 2021 PEN/Robert W. Bingham Prize for Debut Short Story Collection, Wang’s short fiction “interrogates personal and political events set against the backdrop of China that are both real and perceived, imagined and speculative.”

In this collection of short stories, Yamashita “transfers classic tales across boundaries and questions what an inheritance—familial, cultural, emotional, artistic—really means.”

This debut memoir is a hybrid text about a daughter’s search through intimate and global history for the roots of her mother’s schizophrenia.

In an essay collection edited by Rowan Hisayo Buchanan and with a foreword by Viet Thanh Nguyen, “Asian diasporic writers imagine “home” in the twenty-first century through an array of fiction, memoir, and poetry.”

Middle of the Night by HC Hsu

In this memoir, Lee “poignantly details her struggle growing up in a traditional Chinese family in Honolulu, Hawai’i during the 1950s and 1960s, enduring both emotional and physical abuse.”

Imagine Us, The Swarm by Muriel Leung

Following the death of Leun’s father, this collection of essays in verse “contemplates vengeance, eschews forgiveness, and cultivates a desire for healing beyond the reaches of this present life.”

Phong Nha, the Making of an American Smile by Tammy Nguyen

Part of UDP’s 2020 Pamphlet Series, Phong Nha, the Making of an American Smile “is a story about a girl who was born missing two of her front teeth and the journey it took to correct this defect.”

Presented as a hybrid book and digital experience, Pai’s “blend of personal essays reflecting on the development of her poetics…places new work next to old, to create not only a mid-career retrospective but a guidebook for poets interested in moving their practice off the page and into the community.”

Each piece in this anthology of poetry, essays, and poetics edited by Lisa Samuels and Sawako Nakayasu is “a unique intervention that considers the possibilities of meaning in and of the Pacific, the contentious prefix ‘trans-,’ and the intersections between place, politics, and language.”

About this memoir, Tsung writes, “Born and raised in sunny California, my daughters had no idea of what it was like for their grandmother and father to live in totalitarian China. I wanted them to understand that freedom came with sacrifice.”

We Are No Longer Babaylan by Elsa Valmidiano

In her debut essay collection, Valmidiano “frames the ancient, persistent pain that hammers and chisels Filipina American knowledge with ritual and unrest.”

Accomplice to Memory by QM Zhang

In this hybrid text that is “part memoir, novel, and historical documentary,” Zhang “tries to piece together the fractured mystery of her father’s exodus from China to the U.S. during the two decades of civil and world war leading up to the 1949 revolution.”

Lee’s bilingual play, which was a New York Times Critic’s Pick, is set in 1990s Japan and written to be performed by a Japanese heritage cast. It explores “the silence and submissiveness often associated with Japanese and Japanese American identity” as well as “questions of emotional, psychic and social suicide.”

“The Greeter” by T Kira Madden

“Umbrellas on a Sunny Day” by Yurina Yoshikawa