The CLMP Firecracker Awards for Independently Published Literature are given annually to celebrate books and magazines that make a significant contribution to our literary culture and the publishers that strive to introduce important voices to readers far and wide. Prizes are awarded in the categories of Fiction, Creative Nonfiction, Poetry, Magazine/General Excellence, and Magazine/Best Debut. Each year, CLMP also awards the Lord Nose Award, given to a publisher or editor in recognition of a lifetime of work in literary publishing.

Beginning with the 2022 awards, each winner in the books category will receive $2,000–$1,000 for the press and $1,000 for the author or translator–and each winner in the magazine categories will receive $1,000. In addition, a national publicity campaign spotlights and promotes our winning titles each year. In partnership with the American Booksellers Association, promotional materials—including a press release and shelf talkers featuring the winning titles—are distributed to over 750 independent booksellers across the country. Winners are also promoted in CLMP’s newsletters, on our website, and through a dedicated social media campaign. The publishers of winning titles receive a free one-year membership to CLMP, and magazine winners receive a one-year CLMP Member subscription to Submittable. 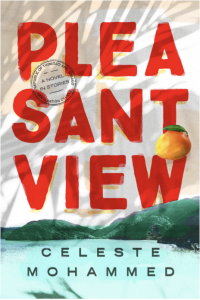 “Set in the fictional town of Pleasantview, Trinidad, Mohammed’s novel in stories–such a difficult genre to pull off–offers up an unforgettable cast of characters, each intertwined in surprising and complicated ways. Mohammed never shies away from the complications of colonialism, capitalism, and misogyny, while at the same time, leavening these subjects with humor and an impeccable ear for language and voice. Pleasantview is a great contribution to Trinidadian and Caribbean literature, as well as to independent literary fiction.”


Celeste Mohammed‘s work has appeared in The New England Review, Litmag, Epiphany, and The Rumpus, among other places. Several of the stories in Pleasantview have won awards, including the 2018 PEN/Robert J. Dau Short Story Prize for Emerging Writers, the 2019 Virginia Woolf Award for Short Fiction, and the 2017 John D Gardner Memorial Prize for Fiction. A native of Trinidad and Tobago, Mohammed graduated from Lesley University with an MFA in creative writing. She currently resides in Trinidad with her family.

Ig Publishing, founded in 2002, is a New York-based award-winning independent press dedicated to publishing original literary fiction and political and cultural nonfiction. Ig Publishing’s books have been reviewed in The New York Times, The Los Angeles Times, The Wall Street Journal, Oprah Magazine, the Chicago Tribune, and NPR, among many other places.

“Plastic: An Autobiography is an ambitious braid of industrial history, material culture, and memoir. With its formal ambition and intelligence, yoking the movement between self and world, the book demonstrates that in the micro we can hold onto the macro, and in the macro the micro accrues meaning. Plastic is wildly impressive, a thoughtful meditation on plastic but also all of life.”


Allison Cobb is the author of After We All Died (Ahsahta Press); Born2 (Chax Press); and Green-Wood, originally published by Factory School with a new edition in 2018 from Nightboat Books. Cobb’s work has appeared in Best American Poetry, Denver Quarterly, Colorado Review, and many other journals. She was a finalist for the Oregon Book Award and National Poetry Series; has been a resident artist at Djerassi and Playa; and received fellowships from the Oregon Arts Commission, the Regional Arts and Culture Council, and the New York Foundation for the Arts. Cobb works for the Environmental Defense Fund and lives in Portland, Oregon.

Nightboat Books, founded in 2004, is based in Brooklyn, New York, and seeks to develop audiences for writers whose work resists convention and transcends boundaries by publishing books rich with poignancy, intelligence and risk.

POETRY: book of the other: small in comparison by Truong Tran, published by Kaya Press 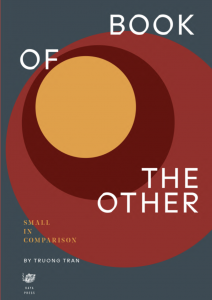 “book of the other: small in comparison is a tour-de-force indictment of academic culture. Tran’s poems break silence, spotlight erasures, and act as a whistleblower to the oppressive costs and complicities of an illusory and precarious ‘inclusion’ within privileged institutional spaces. This is a book of bravery, honesty, and anger, but also a book of care and concern: one that creates a space to explore feelings of hauntedness, feelings of being hunted, while enacting its own pedagogies and poetics through a series of searing illuminations.”

Truong Tran was born in Saigon, Vietnam. He is the author of the poetry collections The Book of Perceptions (Kearney Street Workshop, 1999); Placing the Accents (1999), Dust and Conscience (2002), Within The Margin (2004), Four Letter Words (2008), all published by Apogee Press; and 100 Words, co-authored with Damon Potter (Omnidawn, 2021), as well as the children’s book, Going Home Coming Home (Lee & Low Books, 2021) and an artist monograph, I Meant to Say Please Pass the Sugar. He is the recipient of The Poetry Center Prize, The Fund For Poetry Grant, The California Arts Council Grant, and numerous San Francisco Arts Commission Grants. Tran lives in San Francisco and currently teaches at Mills College, Oakland.

Kaya Press, founded in 1994 and housed at the University of Southern California, has established itself as the premier publisher of cutting-edge Asian and Pacific Islander diasporic writers in the United States. Its diverse list of titles includes experimental poetry, noir fiction, film memoir, avant-garde art, performance pieces, “lost” novels, and everything in between. Kaya and its authors have been the recipients of numerous awards, including the Gregory Kolovakas Prize for Outstanding New Literary Press, the American Book Award, the Association for Asian American Studies Book Award, the PEN Beyond Margins Open Book Prize, the Asian American Writers’ Workshop Award, and the PEN Oakland Josephine Miles Prize. 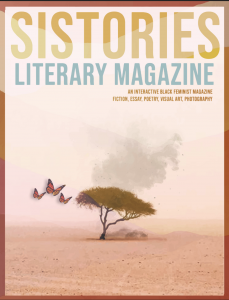 “This enchanting debut literary magazine is a radical invitation to readers to be active partners with the material. This multifaceted journal is simultaneously a collection of urgent, fierce writing; a repository of required reading lists; and a generative workbook nurturing all who pick it up to become creators. SISTORIES is pushing the bounds of what a literary magazine can be, actively working toward reimagining the American literary canon.”

SISTORIES, founded in 2020, is an interactive Black Feminist/Womanist literary magazine and community writing workshop based out of Charlotte, North Carolina. By publishing the essays, fiction, poetry, visual art, and photography of Southern Black women and femmes, pairing their narratives with interactive workbook elements, and hosting free community writing workshops, SISTORIES aims to transform the conditions and impact of oppressive systems. 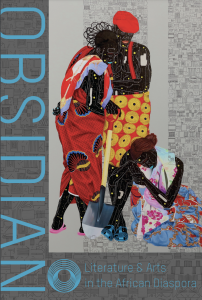 “A brilliant, self-possessed masterpiece of a literary journal, Obsidian is a magazine with a critical legacy that continues to convene new ideas and fearless writing from the African Diaspora. Each issue thrills in form and content, at once brand new and rooted—a testament to the editorial vision. The magazine is a singular, spectacular cultural treasure.”

Obsidian: Literature & Arts in the African Diaspora, an international, peer-reviewed, biannual literary journal/publishing platform, was founded in 1975 and was the vision of the late poet Alvin Aubert. Currently housed at Illinois State University, Obsidian is committed to publishing the highest quality innovative, hybrid, and multimedia works that push the boundaries of genre and concepts of Black art, including contemporary poetry, drama/performing arts, trans-media work, and literary criticism.

book of the other: small in comparison by Truong Tran, published by Kaya Press
CURB by Divya Victor, published by Nightboat Books
Phantompains by Therese Estacion, published by Book*hug Press
To Know Crush by Jennifer Jackson Berry, published by YesYes Books
Winter Phoenix: Testimonies in Verse by Sophia Terazawa, published by Deep Vellum

About the Lord Nose Award

The annual ​Lord Nose Award​ is given to a publisher or editor in recognition of a lifetime of work in literary publishing to honor and celebrate the memory of Jonathan Williams, founder and publisher of the now legendary literary press, The Jargon Society, as well as an accomplished poet, photographer, raconteur, and cultural observer with a mordant wit and a clear eye for artistic excellence wherever it might be found. Over a period of more than fifty years, beginning in 1951, Jargon published 85 books and 30 broadsides and booklets, all focused on his unique vision of poetry, prose, and photography that truly mattered—that needed to be discovered, nurtured, and brought into the world. His commitment to making books as compellingly beautiful objects never wavered. Jargon stands as one of the most important literary presses of the twentieth century. It is an exemplar of Jonathan’s lifelong dedication to words and art, of discovery and joy, the social act of making public the work he believed in. The Lord Nose Award was established in 2017 by David Wilk, with support from Jeffery Beam, Stanley Finch, and Tom Meyer. There is no application process; honorees are chosen based on their work and accomplishments. The award is administered by CLMP.

About the Firecracker Awards

A national publicity campaign spotlights and promotes our winning titles each year. In partnership with the American Booksellers Association, promotional materials—including a press release and shelf talkers featuring the winning titles—are distributed to over 750 independent booksellers across the country. Winners are also promoted in CLMP’s newsletters, on our website, and through a dedicated social media campaign. The publishers of winning titles receive a free one-year membership to CLMP, and magazine winners receive a one-year CLMP Member subscription to Submittable.

The Firecracker Awards are sponsored by