We spoke with Will Evans, founder of Deep Vellum Publishing, in this installment of the CLMP Member Spotlight series.

What is the history behind Deep Vellum? When was it founded and what is your mission? 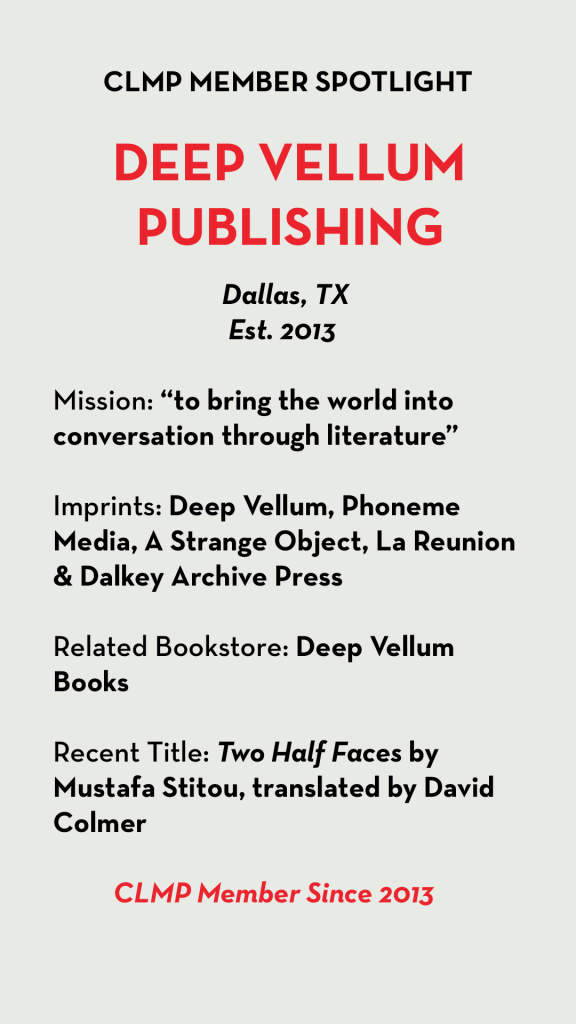 I founded Deep Vellum Publishing eight years ago, in 2013, as a Dallas-based nonprofit publishing house and literary arts organization with the mission of bringing the world into conversation through literature. In the beginning, we specifically looked to publish books in translation by writers from all over the world; now, our mission has broadened to include works not only in translation, but originally written in English, too. Our mission has always also included hosting really cool literary events, connecting readers and writers, and advocating for literature in the literary arts and in society.

Because of our emphasis on translation, we have a really international list with writers from a lot of different places, many of whom we’re publishing in English for the first time. In the beginning I set out to publish translations partly because I could take advantage of a market inequity. There are so few translations published every year in English—3% of all the books published in America and in the U.K. every year are translated from other languages, and that includes translations of the classics, cookbooks, nonfiction, kids books, everything. And so, for me, it made sense to publish translated literature because it’s awesome, and because not enough publishers were doing it.

Deep Vellum’s catalog is both regional and international. What inspired this simultaneous focus on Dallas-area Texas, and world literature? 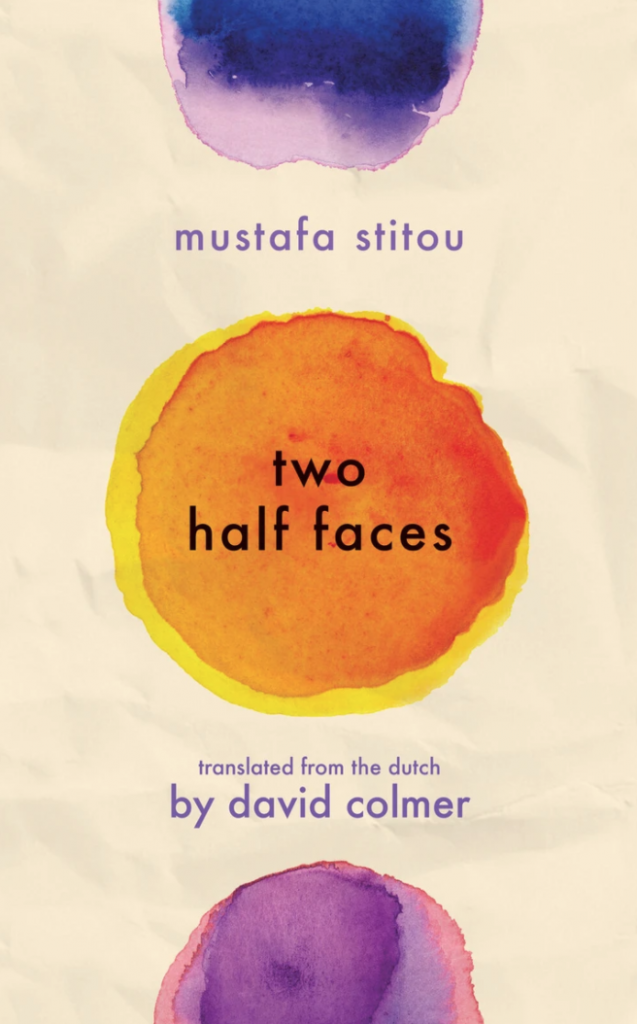 When you start a publishing house in a place like Dallas, you can’t take anything for granted. There was no other literary publishing house in Dallas, Texas. There are plenty of other publishing ventures of all types, and there are lots of readers and writers here, but they are just as disconnected from the publishing industry as any writer working in translation—which is something I had a hunch about when I moved here. A lot of our peers are in cities where there’s a really established literary culture, like New York, San Francisco, even Minneapolis, but we don’t have the same kind of literary ecosystem here. Before ever publishing anything, before even founding the company, I realized that Deep Vellum could never just publish books—we had to elevate the visibility of writers and readers, and translators. Often translators are invisible, and we wanted to make them visible.

I’ve never lived in New York City; why would I want to publish books that only people in New York City are going to read? A lot of publishing houses do it that way—wherever you are, you just publish your books, you send them to the coast, you send them to the big cities, you send them to universities, but you’re not really engaging with the readers around you. But with a local and international focus, perhaps you could get average readers to drop in on cool books and hopefully blow their minds and invite them into more. I’m always really inspired by the readers I’ve met along the way in Dallas, in San Antonio, in El Paso, and all the places in between. But then it’s also so much fun to go to New York and be around other publishers and meet the readers there, and then to know that our books are sold in London and Copenhagen and Reykjavik. That’s pretty amazing for a little press from Dallas, right?

How are Deep Vellum Books and Deep Vellum Publishing related? How do you engage with and work to build the literary community through bookselling as well? 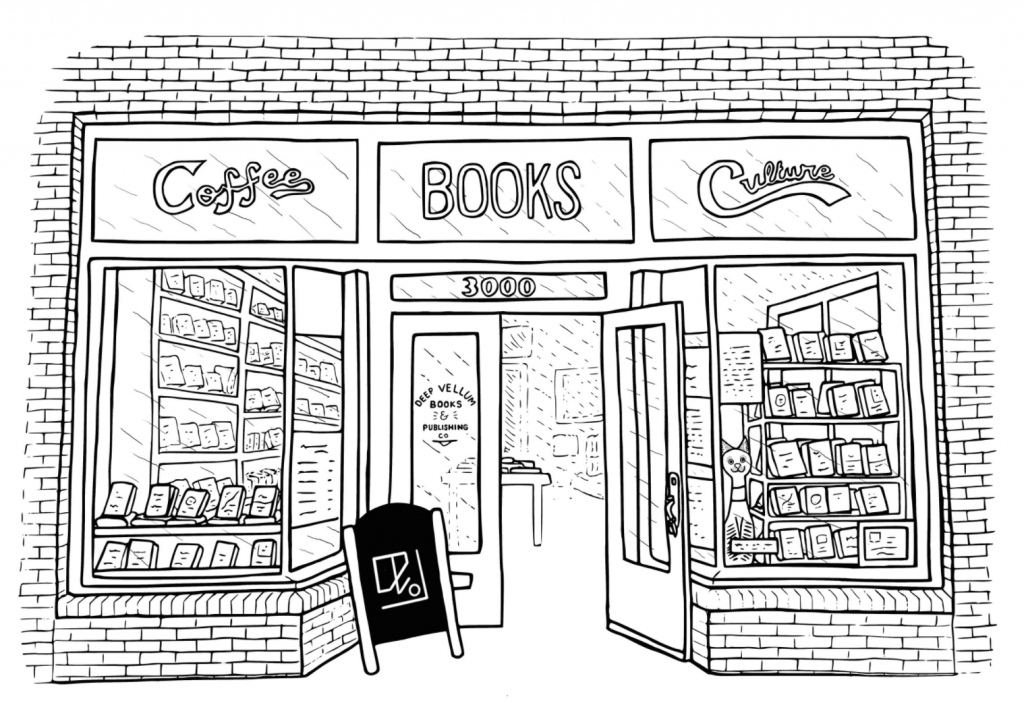 When I founded Deep Vellum Publishing, there was one bookstore in town, called The Wild Detectives. It’s the best place in Dallas, but it’s a small store and therefore can only do so much. It’s also in a totally different part of town from my offices, which are based in the neighborhood Deep Ellum. I found myself wanting to engage the community that’s there; I also needed a place to sell our books and store our books, which were stacking up in my house. I thought maybe I could get a warehouse space. And then in 2015 I saw a for-lease sign up on this beautiful corner building with French windows facing north, just the perfect amount of space for a little bookstore, with an office in the back. I called the landlord and I signed a lease the next day.

This space became the headquarters for a bookstore, Deep Vellum Books. While Deep Vellum Publishing is a nonprofit publishing house, of which I am the executive director, after consulting lawyers I settled on the idea that I would own Deep Vellum Books. So legally, the publisher and the bookstore are separate businesses, which means that they’re protected and insulated from each other for tax purposes. But they’re still very connected; I set up the bookstore with a  mission similar to that of Deep Vellum Publishing—to be a cultural center, to be a part of the community, and the publishing house rents the back office.

And this worked: pretty soon, we were the place where the democratic socialists were meeting as well as the book clubs. It wasn’t a place just to do readings, but also a place truly for community discussion. Another thing I did not expect was that during the day, before the pandemic, our traffic was almost 90% tourists, and then at nighttime, the locals would come out for events and music, readings and discussion groups and everything. Now, we’re talking about opening a literary arts center in Dallas, to be a permanent home for the publishing house and to have space to do all the things related to the literary arts—like you would get at Open Book in Minneapolis, or Grub Street in Boston, or the Center for Fiction in New York.

Deep Vellum recently announced its acquisition of Dalkey Archive Press. How did this come about? Why is preserving Dalkey Archive’s legacy important, and how do you hope to continue this work? 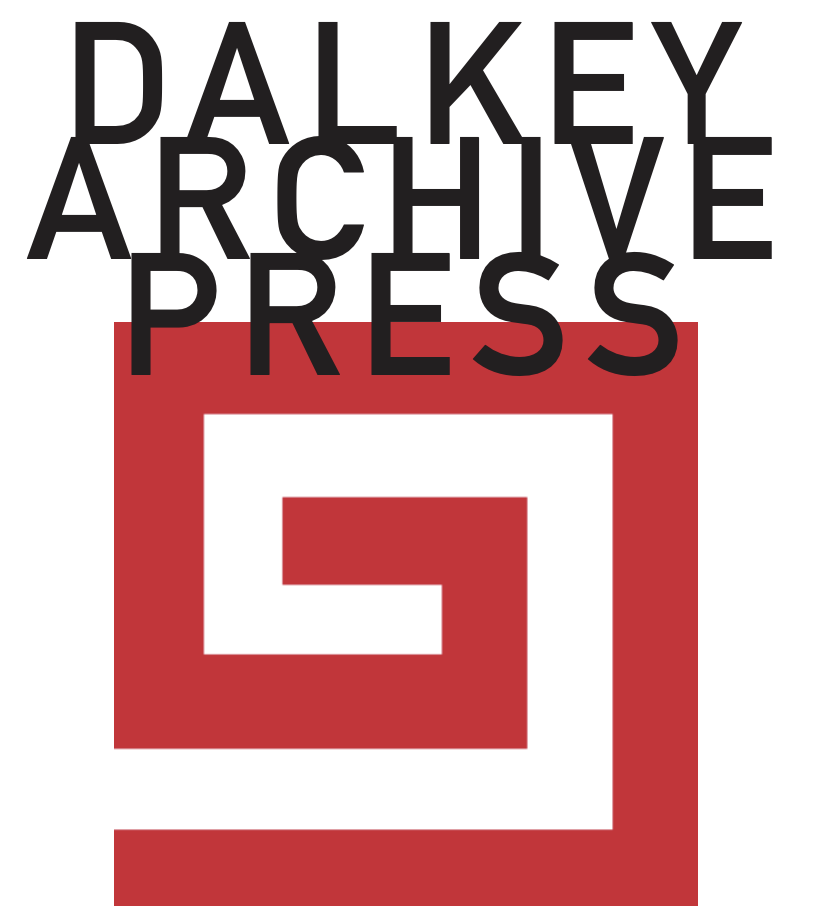 Dalkey Archive was founded by John O’Brien in the early ’80s with the mission to bring back into print, to rediscover, books that had fallen out of print. In the beginning these were mostly by American masters of the 20th century—not just old men, but all the great literature from the post-war period. Dalkey quickly expanded into the interwar period, and then into international literature and translation. It hit on a space that did not exist in American publishing in the ’80s: publishing what we would consider difficult or challenging literature, great works of literature across genres that really defied expectations of readers. Nowadays, there is NYRB, Archipelago, Open Letter, Deep Vellum, Dorothy, and all these other publishers that did not exist when Dalkey Archive was founded, doing the same sort of thing that Dalkey is doing. That’s our goal at Deep Vellum, too—to find the under-told stories and underrepresented writers and to bring them to readers.

Deep Vellum’s acquisition of Dalkey Archive happened because of Chad Post of Open Letter Books. Chad is the person who trained me in how to start a publishing house, and Chad in turn was trained by John O’Brien, the founder of Dalkey Archive. We were working on the acquisition before John passed away, because Dalkey’s list is truly a masterpiece, and it deserves to stay. (Tragically, we didn’t get to celebrate with John the way we had hoped to.) We realized that if Dalkey Archive went away, maybe 50 of their books would be reprinted by other publishers, but the other 900 books on their list would go out of print. To avoid this, Dalkey Archive will be an imprint of Deep Vellum, an independent imprint doing its own thing, and Chad will be running it. And our goal is to keep the archive going. We’re going to keep signing new books; we’ll bring out ebooks and audiobooks of some of the bestsellers; we’ll start to reengage readers with the list, preserving John’s legacy and keeping it going for the next generation.

Would you share some of your goals and dreams for the next few years of Deep Vellum?

Our immediate goal this year is to integrate the Dalkey Archive list into Deep Vellum, but we also have other short- and long-term projects that we’re working on, like publishing kids’ books. We’re moving toward our maximum number of books a year, too; Deep Vellum will probably publish 20 books this year, and Dalkey will do 20 to 30 as well, bringing us to a total of 40 or more. I’d say that our goal over the next few years is to be a publishing house that can handle this kind of logistics and truly be a publishing house for the 21st century, that is as interesting and artistically sound as it is financially. Finally, Deep Vellum Publishing is starting to put together the basis of a capital campaign to build a building. Because we’ve outgrown our tiny little office in the back of Deep Vellum Books, and we need somewhere to go.