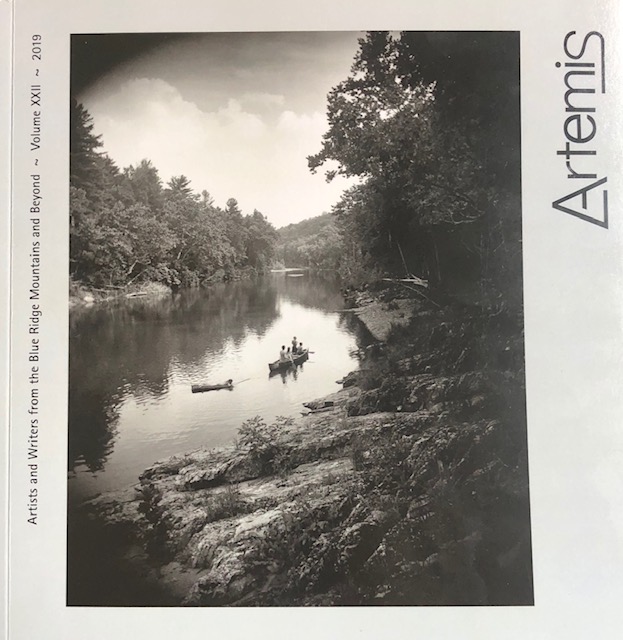 Website
http://www.artemisjournal.org
Type Of Organization
Magazine
Mission Statement / Editorial Focus
Artemis, the Greek goddess of light, is namesake of our journal. She had the divine duty of illuminating the darkness. Often she is depicted carrying a candle or torch to light the way for others and leading them through territories yet uncharted. Using this as our ideal, our mission at Artemis is to foster excellence in art and literature in the Blue Ridge Mountains and beyond by publishing a yearly journal. The Artemis mission has not changed from its inception. Forty-two years ago, in the basement of the Roanoke, Virginia YWCA, writing workshops were offered for the enlightenment of abused women. That experience and those writings inspired the creation of the Artemis Journal, providing a platform where women could publish their own opinions about their contemporary lives. Since then, Artemis has grown to publish artists and writers both female, and male, established, and new and to foster art and literature from the Blue Ridge Mountains and beyond. Throughout our history Artemis has presented many educational and cultural events, school mentoring programs, and collaborations with many area colleges and universities. Artemis creates a place for many contributors to debut their work alongside many professional artists and writers. The journal has included, a Pulitzer Prize winner, national and state poet laureates, a T.S. Eliot prizewinner, Virginia Center for Creative Arts Literary Literary prizewinners, an NAACP Image Award Recipient, and numerous other award winners. This year’s journal will include an young scholar recipient. 2020 will be a momentous year as it marks the 100th anniversary of the ratification of the 19th Amendment of the US Constitution giving women the right to vote. With this amendment we decided as a nation to honor voices, to value them and to raise them in the national conversation. Every year we must decide again how to honor, value, and raise our voices and every year Artemis is there to help. This year we plan to commemorate the centennial of this historic event by taking the theme “Season of Women,” asking the question — “what does freedom of expression mean to you?”
Social Media Platforms Used
instagram, facebook
Is Your Group Affiliated With A University, Portal Or Other Agency?
no
Primary Editor/Contact Person
Jeri Rogers
Contact Title
Founder, Editor-in-Chief
Submissions Policy
Each year we open our call for submissions for a month and a half, with a theme. We do not charge for submissions and our jury process is open minded seeking the best artistic and poetry submissions. Submission Guidelines: Poems – 3 poems per poet Include your name, email address & title on every poem submission, no PDFs! Submit work in word doc including a brief bio (60 words or less). Artwork – 3 entries per artist of any medium must be of publication condition (300 dpi at “8 x 10”) include title, artist, medium, email address. a brief bio in word doc (60 words or less). Editors will contact you when they receive your submission, look for this confirmation to verify that your work was received-if you do not receive confirmation then please contact editors to confirm your entry. Submissions are reviewed by our editors and if the submitted works do not follow the exact guidelines, the work will not qualify for review and returned. Theme is open-ended and not limited to gender or specific ideas regarding artistic expression. SUBMIT WORK TO – [email protected]
Accepts Unsolicited Submissions
Yes
Submission Guidelines URL
http://www.artemisjournal.org/entry-guidelines/
Year Founded
1977
Average Print Run
500-600
Total Circulation
600
Magazine