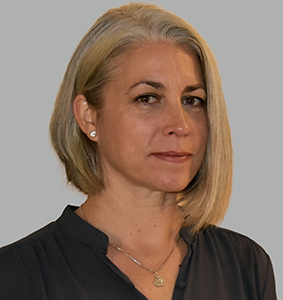 Mary Gannon, CLMP’s Executive Director, is a veteran nonprofit administrator with more than twenty years of experience in the literary field. Prior to joining CLMP she served as the Associate Director/Director of Content for the Academy of American Poets for five years, where she oversaw the production of the organization’s award-winning website, Poets.org, its popular Poem-a-Day series, and its Education Program, including Teach This Poem, a weekly offering that received the 2018 National Book Foundation’s Innovations in Reading Prize. She also served as Editorial Director of Poets & Writers, Inc., the country’s largest nonprofit organization serving poets and writers of literary prose, where she headed up Poets & Writers Magazine and pw.org. Also an award-winning poet whose poems have been published widely, Mary has published numerous articles about publishing and the literary field and has profiled such notable authors as The New Yorker editor David Remnick and nonfiction writer John Haskell, fiction writers Jay McInerney and Heidi Julavits, and poets Anne Carson and Major Jackson. She is co-author with her husband, Kevin Larimer, of The Poets & Writers Complete Guide to Being a Writer, published by Avid Reader Press in 2020.